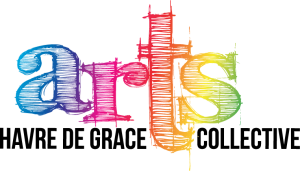 To build community through the arts by providing quality entertainment that engages and attracts audiences; by offering educational opportunities which nurture learning and creativity; and by encouraging synergism among performing, cultural and visual arts groups, and stimulating economic vitality.

The Havre de Grace Arts Collective will be recognized regionally as a catalyst, resource, and vital partner in the arts community, by nurturing learning and creativity while building a vibrant and inclusive arts scene through a commitment to excellence, diversity, and enrichment.

The Arts Collective is a  501(c)(3) organization created in July, 2017 to address the cultural and economic needs of Havre de Grace and the surrounding region.

William Price III, Chair and Founder of the Arts Collective.  Mr. Price is the Vice President of AKT3, a manufacturer’s representative of Entertainment and Architectural equipment. William was the Chair of the Opera House Foundation raising the capital funds needed for the construction of the Cultural Center at the Opera House.  He is currently the Chair of United States Institute of Theater Technology, Chesapeake Section, and former Chair of the USITT Eset Council an education organization of the entertainment industry.

Price has designed and installed lighting systems for The Newseum, The Studio Theatre and Theatre J in Washington DC.  As a free-lance Lighting and Set designer William has designed for the Olney Theatre, the Baltimore Choral Arts Society, Phoenix Festival Theatre, the Milburn Stone Theatre and the Kennedy Center.  William received the 2013 and 2016 Broadway World Baltimore Awards “Best Lighting Design” for “Spring Awakenings” and “American Idiot”.  He holds an Undergraduate Degree in Fine Arts Management from Johnson College and a Master of Fine Arts in Theatrical Design from the University of Maryland.  William is the recent past Senior Warden at Saint John’s Church and resides in the Havre de Grace historic district with his wife Gay Lynn. 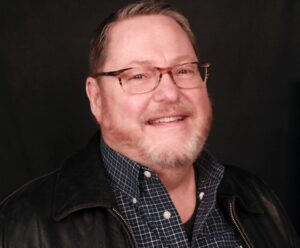 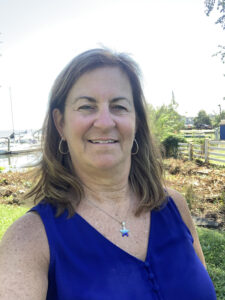 Lauri Orzewicz, Secretary, lives, works and plays in this great City of Havre de Grace! She has been a resident for over 25 years, the City of Havre de Grace Tourism Manager for 7 years and in the HdG Tourism Department for over 11 years. Lauri also manages the Havre de Grace Visitor Center at 450 Pennington Ave. This facility is your go to place for everything about HdG, including buying your Opera House tickets!  Lauri serves on several boards including Harford Leadership Academy Alumni Board, Harford TV board, Havre de Grace Alliance Board and the Visit Harford Board.  She is also a member of the Maryland Tourism Coalition and the Maryland Bus Association.

Karen Heppen, Treasurer, is the retired director of finance and operations of the Center for Food Action which operates food pantries throughout northern New Jersey and serves as an advocate for hunger issues throughout the state. She serves on the Harford County Cultural Arts Board and is the former treasurer of the League of Women Voters of Maryland. An active member of the Warped Weavers Guild of Harford County, Karen is a committed supporter of the arts – folk, visual, fiber, literary and performing. 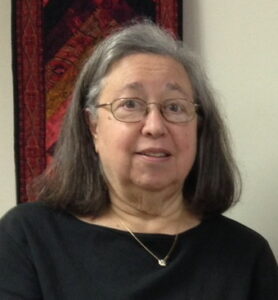 Lilli Burril, Director, is  currently employed at Johns Hopkins but has been involved with theatre her entire life. She has taken roles on stage, but her passion lies on the production side of theatre. Some of her roles have included running sound, back stage management, costuming, assistant directing and instructing. Lilli’s current passion is her role as a board member of Rogue Swan Theatre Company where she assists in the production, direction and implementation of their Vaudeville productions and any other shows produced by Rogue Swan. While she is the newest addition to the Havre de Grace Arts Collective, she is committed to the thriving arts community within Havre de Grace, and how local companies can help build that community.

Pat Fair, Director, has always been involved in the Arts.  Born and raised in Havre de Grace, Pat served 32 years as an elementary school teacher. In 1986 she was one of the original members of the Havre de Grace Arts Commission and for the past 15 years she has served as President of the Commission; during her presidency, she started the “Musical Mile” – which eventually became the city’s First Fridays events. She served on the committee which worked with Havre de Grace Main Street to gain our Arts and Entertainment District designation from the state of Maryland as well as serves the board of the Arts by the Bay Gallery, which started with five artists and currently has 44 resident artists.

Steve Flickinger, Director, is a married father of two daughters. He works for Harford County Public Schools as an elementary school Physical Education Teacher. He is an avid sports fan and also enjoys performing as well as watching live theater.

Bambi Johnson, Director, began her dance training at age two and has been teaching dance since 1976.  She is currently an Artistic Director for Harford Dance Theatre at Harford Community College and the Executive Director of the Havre de Grace Alliance.  For the past 25 years she has been a professional director and choreographer for many of Maryland’s community theaters.  She teaches annual theater camps for the Cab Calloway School of the Arts.  Bambi has won the Broadway World Baltimore Award for Best Choreography the past six years for Joseph and the Amazing Technicolor Dreamcoat, Cabaret, Shrek, Bring It On, Tarzan (for which she also won for Best Director and best Scenic Design) and Cats (which also included Best Director).  For seven years Bambi was a cheerleader and dancer in the NFL. She was a member of the choreography team which produced the halftime show at the Pro Bowl for four seasons. Bambi is listed in the national Who’s Who Among American Dance Directors. 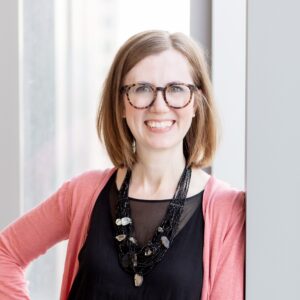 Kate Darwent, Director, is a Director at Corona Insights, a firm that assists purpose-driven organizations with research, evaluation, and strategic decision making. At work she specializes in using data to answer critical questions for nonprofit, public, and private organizations. She has worked with many arts and cultural organizations, conducting both research and strategy projects. Additionally, she has been involved with cultural planning projects for both Denver, CO and Allentown, PA. Prior to joining Corona Insights, Kate completed a PhD and an MA in Social Psychology at the Ohio State University. She has volunteered for the HdG Arts Collective since the reopening of the Cultural Center at the Opera House.

Lucas C. Taylor, Director, is an Army spouse of 25 years. With his husband, Major General Randy S. Taylor, U.S. Army (Retired), he has lived and traveled around the world. He has been highly engaged in the military family community, providing crucial support for service members wherever the Taylors have been assigned, including deployments in places like Afghanistan, Iraq, Somalia, Turkey, Egypt, and Haiti. He worked abroad as a member of the creative and entertainment teams for the largest hotel chain in Israel. Upon returning to the U.S., he worked extensively as an event manager for the largest catering company in North Carolina. He has served in leadership and board positions with several non-profit organizations, including the Army Spouses’ Club of the Greater Washington Area, the Capital Area Military Spouses and currently serves on the board of the MilitarySpouseJobs.org Diversity Council. 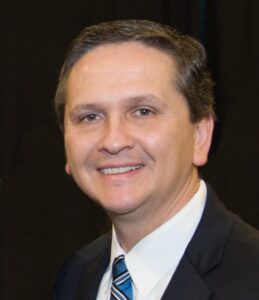 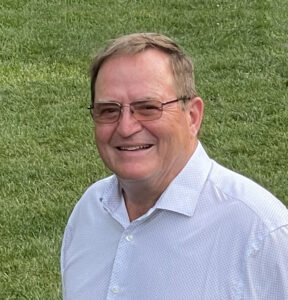 Bill Watson, Director, is a local Havre de Grace marketing professional and fine artist. He has been involved in promoting Havre de Grace and the arts for over 25 years both as a professional and volunteer. He has served as an officer or member of several boards and city commissions including: President of Havre de Grace Main Street (2007-2010) and Chair of the A&E District, board member – HdG Alliance, Chair of the Public Art Committee – Community Projects of HdG, Inc., member – HdG Ethics Commission, member and former chair of HdG Tourism Commission. Bill is currently a member artist at the Arts by the Bay Gallery. He is currently focused on the promotion and installation of public art in HdG while enjoying all HdG has to offer with his wife Gia.

Katie Noe, Executive Director, brings over ten years of business development, marketing, and strategic planning to the Havre de Grace Arts Collective in addition to several years of personnel, event, and venue management. Most recently, she was responsible for leading the organizational change management, communication, and training efforts for TESSCO Technologies. For the past four years, she has served as the COO of Suited Four, Inc., a film and television production, livestreaming, and media consultation company, and as Director of Events and Operations for The State Theater of Havre de Grace, the largest privately owned entertainment venue in Harford County. Prior to her work with TESSCO and The State Theater of Havre de Grace, Katie started her professional career first as Event Manager and ultimately as Manager of Strategic Partnerships for National Conference Services, Inc.

“Havre de Grace is uniquely poised to be the creative hub for Harford County. I look forward to cultivating open, collaborative relationships with everyone who is invested in the growth and vitality of this community,”

Mindy Elledge, Bookkeeper, has spent the last 30 years doing non-profit bookkeeping in a wide variety of environments including: several museums, a dance festival and now the Arts Collective. Mindy’s passion is music. She joined the choir when in third grade and never looked back. In the course of her choral music avocation she has performed with the Akron Symphony Orchestra Chorus, Blossom Festival Chorus, Boulder Chorale and several small chamber ensembles. She had the opportunity to perform works conducted by Sir Neville Marriner, Leonard Slatkin and others. Mindy has been a member of the Harford Choral Society for 22 years and has sung with the Bach Choir of Baltimore and the Herb Dimmock Singers as well as the cathedral choir of Incarnation Baltimore. When Covid isolation prevented live music performances, Mindy turned to writing. She published her first book in 2019.