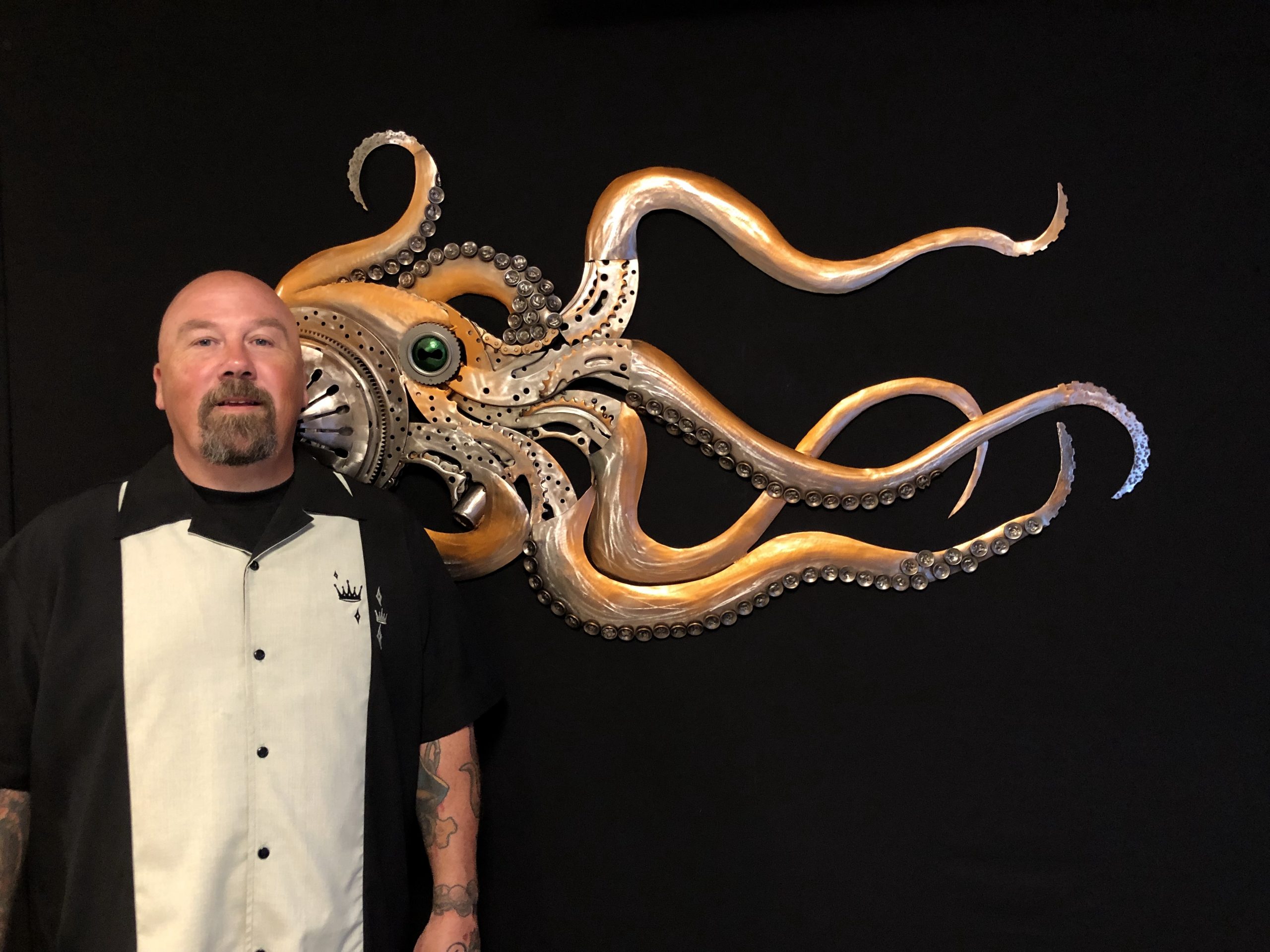 “Art is about how it makes you feel when you see it”. Mike Lust enjoys
using his art to bring happiness to others and as an encouragement to
people going through their own struggles and adversities. He believes that
there are no boundaries around what is classified as art and no certain way
art should be viewed.

Born and raised in Havre de Grace, MD. Mike’s father passed away when he
was 2 years old, leaving his mother to raise three children on her own. Not
having a father, his mother worked hard to provide for the family. This
childhood led to tough challenges and hardships at an early age. This
ingrained a desire in him to strive for more and a humbling gratefulness
for life. He does have fond memories of exploring his creativity by picking
up scraps from the local lumber yard on the walk home from elementary
school.

A devoted husband and father to two beautiful daughters Loren, 27, and
Lindsey, 16, he celebrates 29 years with his wife Renee in December 2020.
His Faith and personal relationship with Jesus Christ is his driving
motivation every day. He recognizes and attributes all his success and
happiness to God, without Him none of this would be possible.

Mike has always been creative, but really found his talent for metal
sculpture after being diagnosed with Conversion disorder, akin to PTSD, in
2014. His symptoms began in 2013 after dealing with several very
significant life situations. Unfortunately, he was unable to continue
working as a Maintenance Technician and needed to focus on managing the
daily manifestations of his illness. Through his diagnosis his doctor
suggested he try to challenge his brain to work differently and to focus on
learning. That’s when he decided to teach himself how to create with
metal. While he started his metal work through the adversity of his
diagnosis, he didn’t allow it to hold him back, but instead used it to
push him forward. What he once viewed as a tragedy, an unsurmountable
hurdle, he now views as a gift that helped find a talent beyond his own
imagination.

Mike Lust is known for creating functional art and sculptures out of found,
salvaged pieces and fabrication. His automotive parts lamps, furniture and
pendant lights are elegant creations that go beyond the typical man cave.
He also creates whimsical Kinetic sculptures and animal sculptures that can
bring a smile to anyone’s face.
He uses his sculptures to convey his philosophy that things that may have
been once been discarded or flawed can still have value and meaning; that
while life may not always go as planned it’s still your life where you
can find happiness and purpose through your obstacles. Mr. Lust and his
wife opened their own gallery in the beginning of December 2019, on Union
Avenue in Havre de Grace, MD.

Mike's work can be seen at 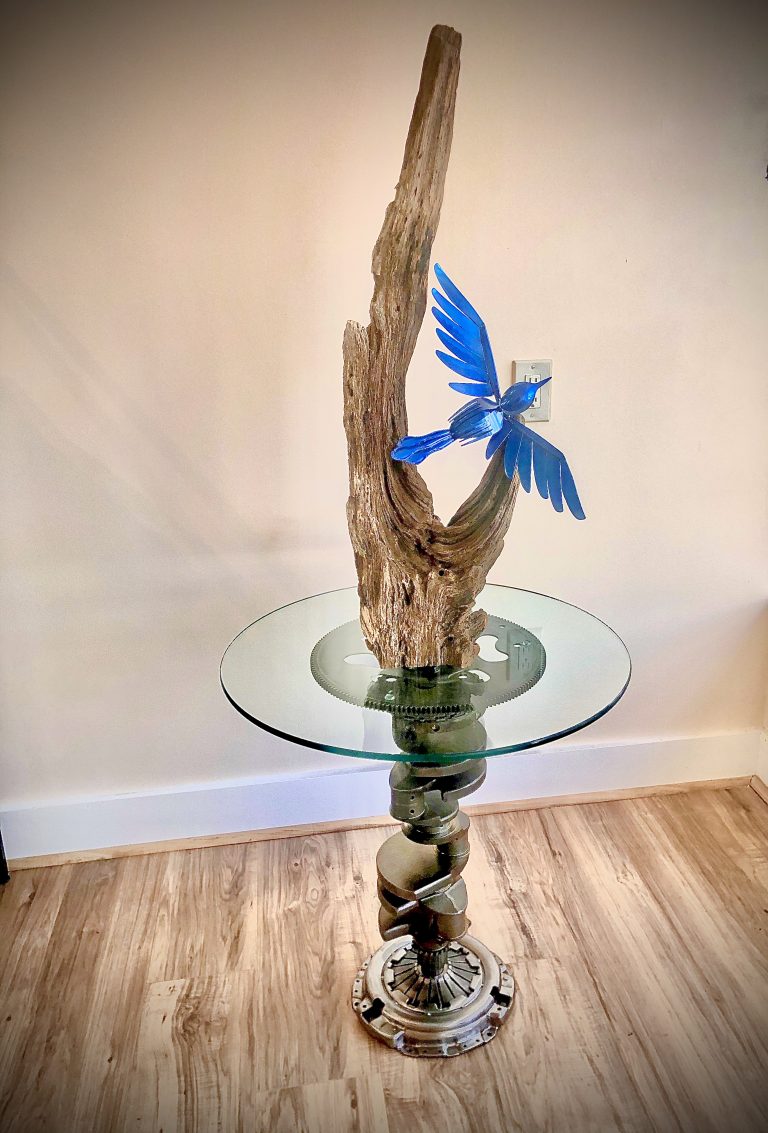 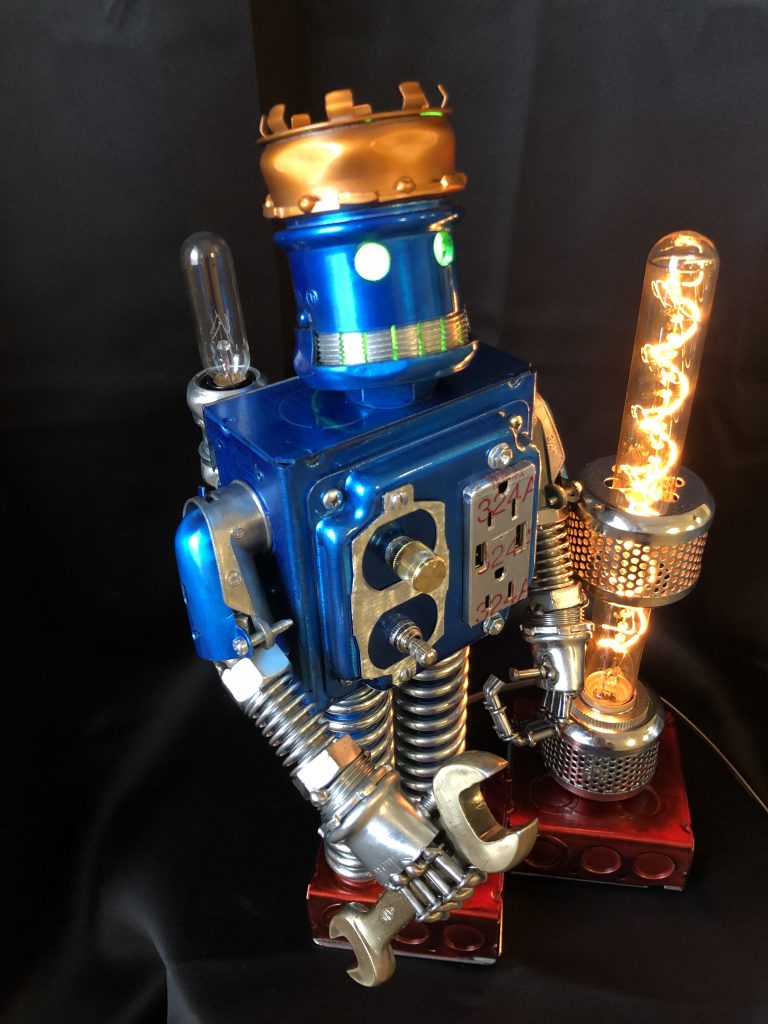